RESCHEDULED From the 9th January

has held the post of principal trumpet with the BBC Scottish Symphony Orchestra since December 1996. He began his musical studies at the age of seven.

In 1992, Mark was chosen as the winner of the RTE Musician of the Future competition. He was subsequently appointed Associate Principal Trumpet of the National Symphony Orchestra of Ireland, a post he held for four years.

He has appeared as soloist with the BBCSSO performing new works by Judith Bingham, Mark Anthony Turnage, Thea Musgrave and Tansy Davies, as well as concertos by Telemann, Haydn, Hummel and Shostakovich.

He teaches at the RCS Glasgow, the RNCM Manchester and was awarded a distinguished alumni of Cork School of Music in 2018. 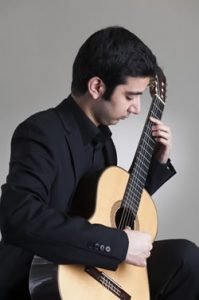 He has performed as a soloist with orchestras such as the Royal Scottish National Orchestra and the European Union Youth Orchestra. He has also performed and given interviews for BBC Radio Scotland’s Classics Unwrapped programme.