The Chamber Philharmonic Europe is a group of talented musicians from various European countries.

It was founded in Cologne in 2006 and has performed in many concerts and festivals across the continent.

It has a wide musical repertoire ranging from baroque to modern and its aim is to encourage the younger generation of musicians. 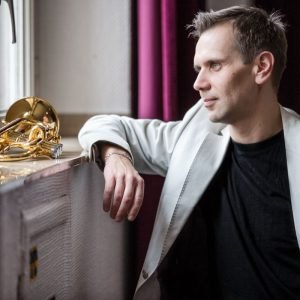 was born in Saint-Petersburg, Russia where he received his first trumpet lesson from the famous trumpet player Professor V.Margolin, in whose class he graduated from the Saint-Petersburg Conservatoire with distinction in 2002.

He started his career as a trumpet soloist at the Staatskapella Symphony Orchestra of St. Petersburg.

At present he is a soloist with the Lower Rhine Symphony Orchestra and is an artist of the Orchestra of the Bayreuth Festival. In addition, Cyrill Gussaroff has worked with several different orchestras such as the Malaysian Philharmonic Orchestra, the Bochum Symphonie, the Camerata Budapest, the Chamber Philharmonic Europe and the Philharmonika Venezia. 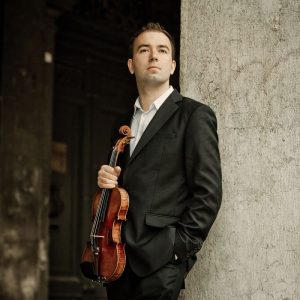 Pawel Zuzanski was born in 1977 in Kielce, Poland. At the age of twelve, he debuted with The Kielce Philharmonic Orchestra performing the concerto in A minor by J. S. Bach. He studied with Prof. Zenon Ploszaj at The Academy of Music in Lodz, Poland and prof. Adam Kostecki at The High School of Music and Drama Hannover, Germany.

He has received his chamber music formation from Hatto Beyerle and Gerrit Zitterbart.

He continues to refine his musical skills by working regularly above all with Shmuel Ashkenasi, Elmar Budde, David Harrington, Eckart Heiligers, Joseph Kalichstein, Avedis Kouyoumjian, Johannes Meissl and Christoph Richter. In 2003 Zuzanski established “The Andrzej Panufnik Trio” with which he won the renowned Charles Hennen Chamber Music Competition. With the trio he is a regular guest at internationally festivals such as “Kalkalpen Musik Festival” and “Trondheim Chamber Music Festival”. Besides the trio performs extensively throughout Europe.